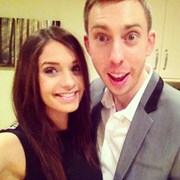 Welcome Brides, Grooms and anyone else who has discovered this thread! I thought I would start this as we are 5 weeks away from the wedding and feel that soon it will all be over *sad face* so I thought it would be nice to rewind back to the very beginning of our whirlwind love story and share it with you all!

So where did it all begin?!