So after going through everything wedding related over the last few days and sorting things out to keep or to sell, I thought I would start a report on our special day. I am now Mrs J and it has been 3 weeks since we wed. We have been so busy and its all gone so quickly but I think I am adjusting nicely to married life! Hopefully I don't miss anything out!

I have a planning thread if you want to see the whole beginning story and planning phase. I'm going to start from the day before the wedding. Here is a photo of me and MrJ prior to be married! 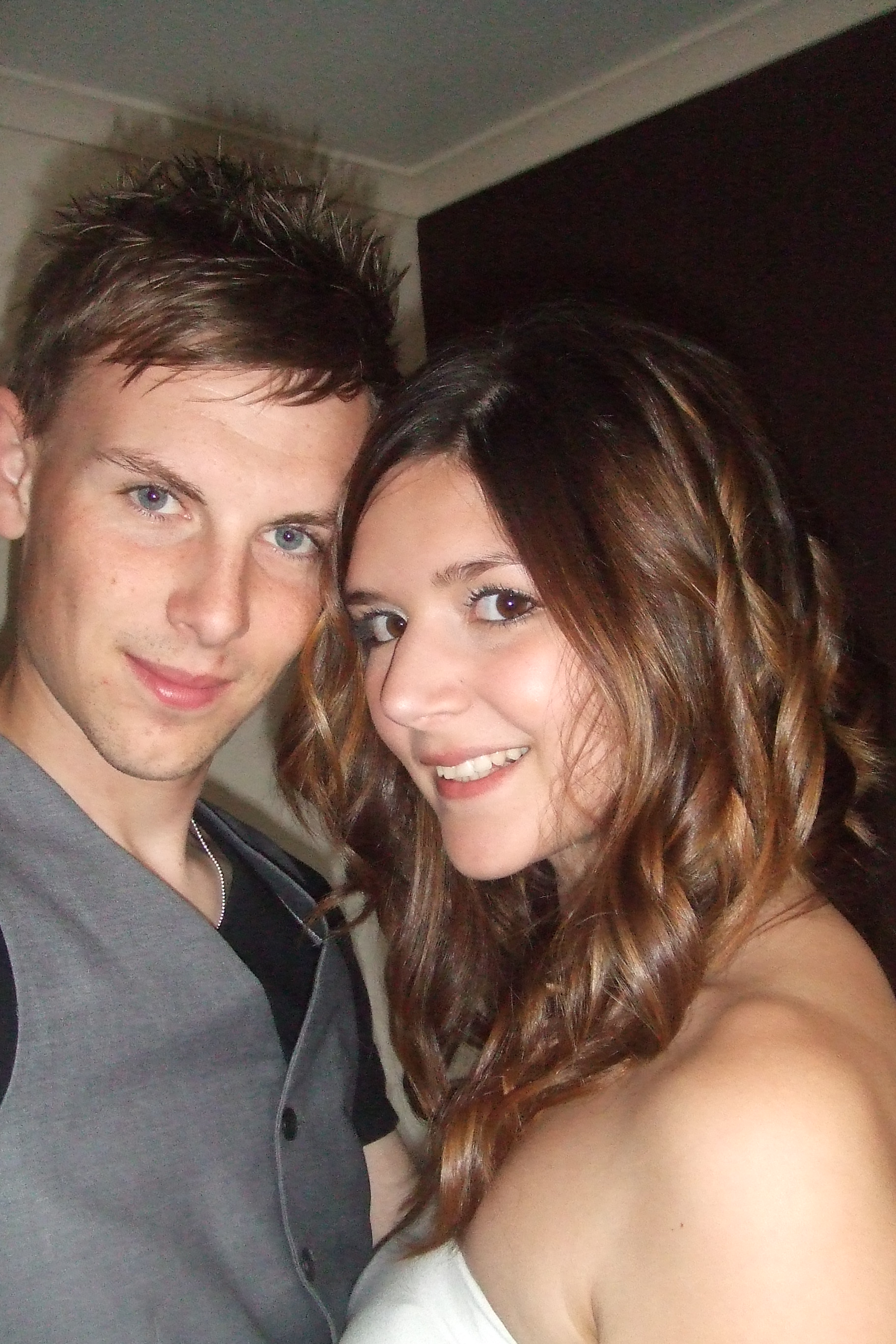 So... the day before the wedding I had my mum and sister arrive with my godmother (aka my hairdresser!) and we went over to the venue to drop off boxes of stuff and make sure everything was ready. MrJ came with us and we managed to meet with our wedding coordinator and go through last minute things. Mum and godmum checked into the venue hotel and we got busy making sure everyone knew what to do tomorrow. I suddenly got a frantic phone call from my sister asking if we knew a dry cleaners nearby that would do a very quick turn around because they had accidentally spilled raspberries over my godmums blue dress! This was the first (and thankfully only) real disaster that we had! Luckily the raspberry juice came out really easily and it was fixed quickly.

After leaving the venue and saying goodbye to MrJ for the last time before the wedding (which was very strange) we headed for a quick dinner at a local pub. It was all very relaxed and calm which was good. My friend came over to my house to do my nails and my bridesmaids and we stayed up gossiping and getting excited for ages. Eventually me and my bridesmaids managed to make it into bed and actually fall asleep which was near on a miracle after how excited we had got!

And then it was the morning....AAhhhhhhh!