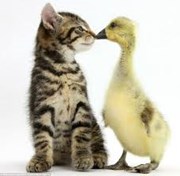 Hi all,
I am hoping you can help me, i feel really terrible but I think I need to ask one of my bridesmaids to step down.
I am getting married in April next year, and I have six bridesmaids in total, a mixture of family and friends.
I have one particular bridesmaid who is an old friend that I feel is being tricky, and we have grown apart so much in the last year because of her behaviour. I may be being a total bridezilla and totally over reacting. I just don't know!
I asked my sister to be maid of honour, and this other bridesmaid went round telling everyone she was maid of honour which upset my sister. She also said to another bridesmaid ' I can't believe she asked YOU to be a bridesmaid'.

When we went bridesmaid dress shopping she had a face like thunder, and kept throwing dirty looks at the other maids. When we finally did find a dress, she said she didn't like it and wasn't sure about it. We all managed to convince her that it was the right dress, as everyone else loved it.
She shows no interest in the wedding, this doesn't really bother me as much as I put this down to the fact that she isn't at this stage in her life and maybe she finds it boring.
I asked her to go and get measured for a decent strapless bra, as the one she has isn't supportive enough, and the lady in the dress shop actually said this to her. I just want her to look her nicest on the wedding day. However when she was measured for her dress, she still had the same ill fitting bra on. I know it sounds selfish, but I don't want her to look like that in my wedding pictures. I know that money isn't an issue and she could afford to buy a new bra. I thought it was a small price to pay since I am paying £200 each for the dresses.

I have also tried contacting her numerous times in the past few weeks and try to arrange to meet and start coversations with her, and she has ignored me everytime. She only seems to want to know me when one of her other friends is busy, however she gets really jealous of me having other friends. She has even added some of my friends on facebook even though she has never met them before.

I have already had to speak to her, as four different bridesmaids on seperate occassions have said that she has made them feel uncomfortable in one way or another, by either throwing them dirty looks or just staring at them, or blanking them completly. She said she wasn't aware she was doing it, but i'm not so sure!

There is other stuff she has done that isn't assosiated to the wedding that I disagree with, and has made me question our friendship also. I just worry on the wedding day, she is going to cause me more stress because of her attitude. We don't really have anything in common any more.

I would appreciate any advice or words of wisdom you may have for me. Thank You