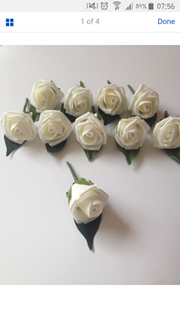 Hi ladies bit of a long one so bare with me

Known my close friend nearly 17 years now and shes always been a "topper" as i call it. Anything you can do i can do better. It doesnt matter how big or small my news is kim will find a way to "top" it. I could be cooking a homemade curry for dinner and shes got jamie oliver coming over in nothing but an apron to cook her a sausage sarnie! I say im going to spain for my holiday and shes going for a long weekend to rome in 2 days time so shes got to get packing now but doesnt end up going because the pilot had a cough! I find it hilarious some of the things she says, its comical makes me chuckle and i particularly love it see her red faced when her so called plans dont materialise into anything. Shes got a heart of gold and will do anything for anyone... as long as she doesnt have to do anything that is! Shes 45 and im nearly 32 and we used to work together when i started my first saturday job at 14 but she doesnt act her age by any means.

I think her highly dramatic and very exaggerated way comes from her dull home life which she goes to great lies to try to make sound exciting. She is a stay at home mum and her partner is very controlling (iv known the relationship for 14 years and im not knocking it as i know she likes the nature of it) he doesnt want her getting a job and gives her £40 week allowance to kid her quiet which I find odd but shes fine with as shes never been the type to work solidly for a living. I work 2-3 days a week from home for my dads company and im fortunate enough to have a great H2B who works in a great paying job so I can be at home to raise our children. Were very different people and have very different home lives. I run my house, from the way the kids behave (manners happiness and helpfulness are the key things in my home) to the food that goes in the cupboards. My H2B pays the bills and enjoys the family when his home, kids fed bathed homework done and ready to play with daddy before bed. We are a great team. Us and our children are happy 98% of the time (were only human after all, were allowed the odd crappy day)

My friend however isnt like this. Her children are very rude to her and dont act their ages, very immature which she makes excuses for or ignores it. They answer people back and she tries to laugh it off rather then deal with it. She tries to be their friend rather then a mum. Shes rarely cooks, doesnt iron, shes not allowed to go food shopping without the partner as he makes the money he decides what they have. Her idea of spending time with her kids is picking them up from school and walking them home. If her oh is at work late her kids are in bed by 5:30pm (the oldest being 13 the middle 9 and the youngest 7) because shes not dealing with them and she needs to have "her time" whichI find odd as mon-fri shes on her own from 8:30am-3pm. I think she makes up the lies and exaggerates how wonderful she is to her kids and how great her life is to make herself look better and more grander then it is. Its a constant "were going to london to a top restaurant... oh we didnt go because glen had to go tesco so we ended up having rolls for lunch" Shes a very big girl in size and constantly makes excuses for her weight ie its dead muscle or its because shes had a cold so shes had to eat the 6 cream eclairs to keep her strength up. HOWEVER shes my close friend and i love her good bad ugly.

Things however have gone from innocent life exaggerations to big black lies over the last year or so which have started to hurt and affect not only our friendship, our friendships with others, my family and now our wedding.

For my 30th my H2B organised a surprise party. She offered her help and was asked to invite our friends and their families. I get to my party and shes not their neither are 3 of my other friends or families. When I asked our friends why they didnt go they were confused as they were never told by kim about the party! When I confronted kim she said she forgot despite seeing my h2b that day and saying of course she will be there. My 31st she was at my surprise meal for 30mins then declared she had to leave as glen had to go to work but was later found she had messaged him to collect her as she didn't have enough allowance left to pay for a meal... so i had to pay for it but she left regardless... turns out she only turned up to stop me moaning i felt awful. My h2b bday she helped me organise but later flaked on n said she had a headache but when i phoned her mum who was having the kids for her, she had never been asked and the kids werent there! I ask her and she says i dont know why i lie.

I tried to forgive her but my h2b didnt and still hasnt but he tries for me. He is very wary or her intentions now and think il be let down again but at out wedding. We fell out kim and i a week or so ago. I dont have a paypal account n wanted to buy buttonholes from ebay for the wedding. Kim ordered them on hers and I gave her the cash as soon as she hit the order button. On the school run im informed that shes telling people she has paid for the buttonholes the veil necklace set and bag I gave her the money for. I had words with her and she first denied it then after being caught out admitted saying it but when i ask why she says "i dont know why i do it" she has begged and pleaded with me to forgive her and promises that she will change.

Im so worried bcoz shes invited to the day and evening of my wedding with her family and now I am worried that she wont show despite being promised. She tries to offer help now but myself and hubby are wary incase it backfires. She keeps saying she will be there for me but im not convinced. I have tried helping her with the kids and even offered to teach her to cook but she still lies and to me. I have lent her an ear and advice about her partner and she says shes taken it but then its revealed shes not.

Should i downgrade her to evening incase shes a no show or give her the chance?