The 'Subtly Us' wedding- September 2018 Report 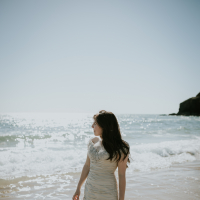 November 2018 in Your wedding reports

Wow! I can't believe just over a year after I started posting that it's all over!

I have had the best year filled with planning to the point I am definitely not ready to let go. Cue project #2- wedding hire.

However...let's start at the very beginning, after all it's a very good place to start! I'm going to try and be absolutely (painfully) honest in this thread, rather than put on the sugarcoating as I learnt so much during the process which I think would be worth sharing.