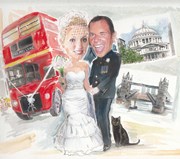 mrslane2b Posts: 1,205
December 2011 in Emotional support
A few months ago my fiance lost his dad suddenly and at a fairly early age. The day after the funeral my fiance's sister had a baby at 28 weeks (they said she was lucky to get to this point). Baby was born at 1lb 10oz and was doing well. He was becoming more alert and grew to 5lb 4oz. He was still in hospital but it was very positive.

But it turns out his lungs werent developed enough and sadly he passed away this week, very suddenly.

It is so sad that the family has lost two members of the family - its so tragic.

My fiance said yesterday that 'someone doesnt like him' meaning thats why things have been so rough recently. There isnt much I can say to him to make him feel better.

He has been helping his sister loads and has paid for them to go away for christmas (their choice so that they get a change of scenery).

Im just hoping next year is a lot happier - it should be as we get married then but I hope everything calms down for him, his mum and also his sister and bro in law