Should I not have my hen? 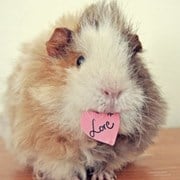 Okay, I'm going to try and be brief.

I wanted a joint birthday (25th) and hen party on my birthday, which is April.

Friends convinced me no, they should be separate, and hen should be July.

Friend - male - S, asked for all invitee names and said he would organise us going away in a cottage.

Months later, nothing was arranged. Stress.

So, I messaged everyone and asked availability. July wasn't happening, only 1st week in June works.

I live up north and wanted us to play outside for a weekend - June is a lot less nice weather.

I have two friends. One is a guy, A, who I've been v good friends with since age 16. The other is H, who I met when she started going out with him. We've been friends a couple of years, and hang out a lot.

A and H have been together and split up twice. A ended it this time, and H has a new bf. I am friends with A and H still.

H won't come to the hen if her new bf, J, can't come. J is nice, but I didn't invite him because he's not really my friend (yet) and I think it's rude when A was my sort of 'primary' friend.

A says he'll come if H comes, but may leave if it's too upsetting - this is without mention of new bf coming. But, he broke up with her, and doesn't want to get back together with her. So...

I suggested H didn't come and she and I go on a spa day or something instead, as I've never been on one and think of all friends she would enjoy it.

She instead called up A and said she wanted to bring J. A apparently said okay, he'd cope, but now has gone radio-silent on me.

I don't want J to come, but I don't really want H not to come and be upset. And A is doing a speech in place of my dad (who's dead), so that shows how important he is to me.

I've mentioned to other friends that I just want to cancel the whole thing, but they are telling me not to. I feel bad to dangle a hen in front of people and then cancel, but this whole thing is stressing me out and I don't want to lose A or H at the end of it. Hence why I thought keeping them separate was a better idea, but the two of them won't agree to that, at the same time telling me how awful and upsetting it's going to be to spend time around each other. Which I get, I do, but I can't win.

Would you just cancel? Most of my friends have moved away, so it's not like I could have little mini get togethers with them, I don't have the time or the money.

Like I say, I don't like being centre of attention so it's not like I think a hen is super important, but I'm aware I only want to marry once so won't get another chance. I feel awful about the whole thing.