Bridesmaid drama... really don't know what to do here!! 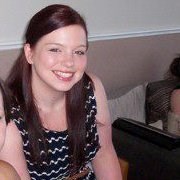 She is the best mans girlfriend and her daughter is our god daughter.  She came on the scene late and got pregnant quickly, I didn't actually meet her until she was pregnant and she was lovely, we really got on well (this was around 18 months ago) and she was just a nice normal person.  So the baby was born and we asked if she could be flowergirl and they said yes - my other half then asked me if the now bridesmaid could be bridesmaid, I said yes because she was so nice and I got along with her so well.

Fast forward a year and she has changed so much, I know she's probably just keen but she is on at me every day wanting to do stuff that I want to do myself so am having to say no and deal with the fallout everyday, when I do give her something she has to give her opinion on how it could be different.  She slags of my best friend (MOH) all of the time when she doesn't even know her as she has only met her twice (found out that she was basically jealous of her being MOH), she won't get in the minibus to the venue with us because she would rather drive which makes parking a hassle, constantly criticises anyone who dares have a drink because she has gone T total since having the baby, will not under any circumstances let the best man (who is also a very good friend of mine) be himself, he now has to be glued to her hip all of the time and the worst thing is this.. I bought the dresses very early on, they all fit the girls etc but they all started to lose weight so I replaced them and asked if they were going to loose anymore weight as I would get the size smaller so alterations weren't so drastic - all the girls said yes to the smaller size apart from her who insisted on keeping the dress because she didn't want to lose anymore weight and was happy how she was.  I have noticed the weight falling off her over the past few months, she has put it basically down to illness so I sympathised however I have just found out she has been taking extra strong slimming pills and when she tried on the dress I honestly think it is beyond alterations (which are booked for two weeks) it's like a tent and looks absolutely awful - why couldn't she just be honest!! Now they no longer sell the dress so I can't even get a replacement if the alterations lady can't do anything!!!!!!!!!!

I know this is more of a rant then a question but am I being unreasonable in being incredibly stressed and regretting my decision?