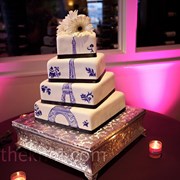 Would love advice from you....I have my two sisters and my best friend as b/maids. I have another friend who I have known for 20years that I haven't asked reason being we have had a lot of issue in the last year or more where we just haven't connected as close friends and its never been quite right. she had a baby in January and due to this I didn't think to really ask her ether as I thought this would take up her time and to be honest it hadn't been planned....

we went on our first night out since baby was born and she brought up the issue that why she hadn't been asked and she was upset by this, the most uncomfortable moment ever. I explained I felt our relationship had become distant and to be honest just felt was right time to ask with her having baby etc. she then said to another friend later in the night that she thinks she is a bridesmaid now.....I don't know what to do my sister and friend said I shouldn't ask and If I had wanted her to be I would have asked her with the rest I don't want to upset anyone but I do feel our relationship as friends has changed but at same time I don't want to hurt her what do I do or say!?