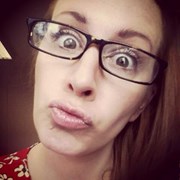 When H2B and I got engaged, MIL mentioned that her and her husband would pay towards our wedding, and when going through quotes etc she stated that they had discussed paying for our reception costs (about £2500), which was a massive gesture for us, as we were unsure when we would be able to afford a wedding, having just had a baby and my job looking a little unsteady, and needing to move home.
So with that said, we started planning and I have been sourcing things, crafting things and getting all the plans underway for next March.

Yesterday, H2B came home from work looking rather miserable and said that he had taken a phonecall from MIL, stating that they now would not be paying for the reception, or indeed anything.

It turns out that she hadn't discussed anything with her husband (he is the sole income of their household) and that he had been very unhappy when she told him as he hadn't agreed to it at all.

I can see his point in that he is the only one that earns between them (though it is a very comfortable income) and he isn't H2B's actual dad and that he feels it was all planned and sneaked behind his back, with the intention of it being at his expense.

But at the same time, without their help, it is unlikely that we can afford our wedding now and I feel terribly upset and disappointed, and am I allowed to say let down slightly?!