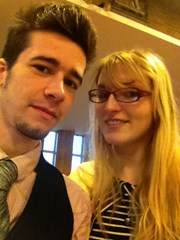 I have asked about this before but I need some more confirmation and advice on what to do.

Myself and my sister have never really seen eye to eye. Don't get me wrong I love her but she treats me like such a kid. She's a year older then me and we are both in our early twenties now. She's like that aunty you had who didn't see you enough so still thought of you as a child and would treat you as such, including the big slobbery kiss upon hellos and goodbyes. Plus criticising every decision you make and constantly needing to assert her 'authority'. She was a tad jealous when I got engaged, telling me that she should be the first one to get married. Due to all of this I have decided that I do not want her involved in the wedding. I would like her to come to it all, and perhaps do a reading but I don't want her as part of my bridal party.

Our other adopted sister however will be involved. She's not perfect, but she does make an effort and she does treat me like an adult. The two of them dislike each other immensely and I have been told that my biological sister will consider it a slap in the face that I have chosen our adopted sister over her.

I was all stick to my guns and this is what I want, but after plucking up the courage to speak to our mother about the topic and sharing my plans with her I've been left feeling guilty. I've been told to go and talk to her about it and I think I should do this because I don't want this information to be sprung onto her but If that goes wrong I think I will be guilted into involving her more then I would like.