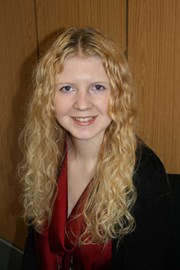 I am having a marquee wedding in my uncle's garden. We are not using the house as he has insisted no on enter it so it is just the garden. I asked him over a year ago if he minded and he expressed joy that it would be at his house. His daughter is my flower girl and it will cost him nothing to host the reception there. He has already invited people to the evening part without asking me, assuming it's fine because it's his house. I let that one go wanting to avoid family drama.

It is now 8 days before my wedding and I was told yesterday in these exact words 'David and Sue will be back from travelling early to they will be attending your wedding and you will need to adjust your table plan accordingly'. They were originally due back in October and so were not able to attend the wedding, otherwise they would have been invited. However now the caterer has been paid, the seating plan has been printed and I politely told my uncle that although I would love for them to come to the evening, it is unfortunately too late to add people to the meal part.

He said fine but was clearly a bit put out. I was then shocked to hear that he had immediately rung my auntie (who is staying at my mum's house) and started angrily ranting because I wouldn't let David and Sue come to the meal. My mum found out about this and has said that she will cover the extra cost in order to sooth my uncle. Even though I agreed at first to avoid any drama, I really feel that this is an unfair situation. Why should I have these two extra people at my wedding just because it's my uncle's garden. (I should probably mention that David is his stepson). I wasn't asked, I was told that these two would be attending and I'm really unsure how to handle it.

Do I stand my ground and politely remain firm about them not attending, or do I take my mum's advice and let them come to solve the family drama? Any suggestions would be really appreciated.