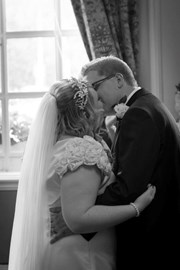 An update on the in-laws following on from my planning thread!

So my husband and I were pleasantly suprised to recieve a card from both his sister and his parents. (Although, granted, the card from his parents was written by his dad, despite his dad never writing a single birthday card, it's always his mum).

Anyway, we were quite happy by that, and husband had texts from them the day before wishing us well. However, it feels now like it was all just for show, so that when husband's family (nan, aunts etc) asked if he'd heard anything he could say yes!

Obviously a lot of photos have gone on facebook, including ones of the family which are visible to husbands sister and parents. They have not liked a single one. Not a single profile photo of husbands or anything. Not for weeks. They then messaged something about the house, but didn't say a word, nothing like "we hope you had a good time" or anything like that. Then husband changed his profile photo to one of the wedding of just him - within minutes they had liked it

They have messaged twice more since then, again not a single reference to the wedding. Despite husband being nice and polite, replying to their texts saying thank you for the well wishes etc. But nope, not a word. They then asked for the meter readings last night, we said we aren't home right now, so as they have the day off today, they decided to drive the 2 hour journey to our house tomorrow to take the meter readings. Oh, and to get his sisters baby stuff for her pregnancy. Because that's all they'll talk about, not the wedding. So with no notice they've gone there, and I'm worried they're gonna get angry again

Cos we've only been home for one day since the wedding where we literally just dropped off all the wedding stuff in a pile in the living room, then husbands friend came over for a bit. So I'm worried it's gonna cause another huge row cos it's a mess

(by their standards, not ours).

I'm just so fed up. When we got these wedding cards we thought it might finally be a turning point, as they were actually to me to (so I was finally acknowledged), but it seems it's one step forwards, two steps back. I'm just nervous waiting to see if it's all going to kick off about the house now. Just wish we could afford to move out, as that would avoid arguments!