Both mothers are driving me crazy!! 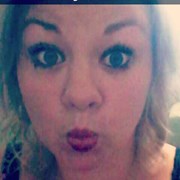 Second post and already have drama!!  I got engaged to my h2b after a year togther, we live together and we are happy. I am not going to lie we have our moments but all in all we are happy.

It started with h2b's mother being over the top with him and he was getting embarassed by her actions. He decided he would confront her about them and she automatically thought it was my doing. She then started slating me and bringing up my abusive ex and saying I was a liar and people have told her that I am a liar even when I was younger (I am 26 now).

My h2b was a mummies boy for a while so much so that she bought him a car and kept it in her name, had his savings account details and generally small annoying thing that I could cope with. So anyway his mum asked him to choose between us and he chose me. She took his car, said he cannot have his savings and left him unable to get to work the next day! We struggled and eventually got him a car and I supported him even encouraged him to speak to his mum. He was adament she was not in his life anymore!

Obviously she blamed me and I could cope with that as it wasn't true. Three months past and we spoke about getting engaged and I persuaded him to get in contact with his mother. I felt she needed to know our plans before someone random told her. Despite everything he is her only child. So they are now speaking and she slated me for a bit till my h2b told her he won't have contact with her until she stops. Now she just doesn't mention the wedding or anything.

So that is just one half!! Sorry this post is so long!

Anyway we got engaged and I told my mum and she was happy. We met and because I had been talking to my maid of honour about wedding ideas my mum said she felt left out. That's fine I said I would include her in the future, she even said she would give us money towards the wedding which I was grateful of.

My h2b and my mother have never got on, they are opposites, she finds him childish and rude and he finds her obnoxious, mean and intimidating. He hates how she is with my children (not regularly seeing them) and criticizing me constantly about my weight.

So I kept them apart, anyway the night of my engagement, after telling my nearest and dearest, my mother informs me that my h2b isn't right for me. All my family dislike my h2b they all find him rude and childish. They don't want me to have a baby with him etc. My family even decided that instead of giving us money, they would only pay for things that were for me in the wedding.

So I basically ignored them and carried on. My partner was angry at me and my family because he thinks I should have told them to mind their own business!

Now everytime I see my mother she makes little comments about my h2b and is always mentioning in a 'nice' way that my theme isn't great! She does it with such niceness that if I had a go at her she would say she was just joking even though I know her well enough to understand what she means. She even said my h2b is the laughing stock of my family and they always take the piss out of him as a group!

My h2b says to not take their money if they are going to dictate and to do it alone. He wants them to have no input into the wedding.

I am now stressed because everyone is at loggerheads! I want to marry my h2b, my children adore him and I feel that this is going to esculate to a point where something is said that cannot be taken back! Also at the wedding my family hte my h2b, his mother and step dad hate me and I feel it will ruin my wedding.

Any advice on dealing with warring families?? I know this post is long and I have tried to be as honest as possible. Obviously other parties involved will have different accounts...I am unsure what to do!