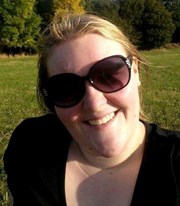 I’m not really sure, what I’m hoping to achieve from this, but maybe writing it down will help.

I don’t know what to do, I’m so confused.

We are supposed to be getting married on our ten year anniversary next July, most things are booked but then things fell apart.

We began in a long distance relationship, lived together for a year (2 years in) and then were separate for another year or so before moving in together in 2010.

I have recently discovered that before we lived together (but whilst we were engaged) he was on chat sites chatting and messaging girls about meeting up, and how he wanted to “do” to them. Saying things like “I saw your ad and would love to meet. I'm 30 yrs old and love to pleasure woman.
I absolutely love the emo look its such a turn on. I'm new to this so not sure what to put. I look forward to hearing from you.”

I also discovered (after pushing him when finding a confirmation note) that he met with an escort and had a massage and oral sex with her.

When confronted, he broke down, telling me things from his past I didn’t know, and saying that living together and then separating was so hard and he was so lonely.

He swears he hasn’t done it since we’ve lived together. He’s made all these promises, and closed memberships to those sites, as well as changing email addresses but is that enough.

I don’t know if we weren’t getting married next year whether I’d still be doing this. Part of me thinks, we were apart, it’s been nine years he deserves a second chance, but part of me thinks, is that stupid, he’s done it once, can I ever trust him??!!