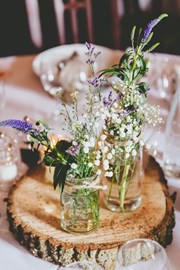 Today I got some bloody awful news. My grandad who when my dad died took over and was absolutely amazing has extremely advanced prostate cancer. He looked incredibly frail and was very unwell at the wedding but He didnt want to worry anyone however he did let it slip to my cousin who was a bridesmaid at The wedding about 2 weeks ago who told me and it did really upset me. But then my mum rang me on my honeymoon and told me that everything was fine and he just had a uti and not to worry. Now today she told me the truth after having decided not to ruin our honeymoon.

I feel awful I've not been there for them and then the pictures are coming through of him walking me down the aisle and it's so upsetting plus there's the fact that he decided to do a speech after being adamant for months that he wouldn't. It's like he knew that he wouldn't be here for long. It's bloody awful.