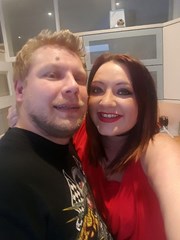 hi all, log story but bare with it wont make sense otherwise,

my wedding is 5 months away, we got engaged 18 months ago. originally I had my two best friends, my sister and h2b sister. after a night out I had a falling out with best friend bridesmaid A and she quit saying she couldn't support me marrying my h2b, they have never got on both very stubborn at times. then I fell out with bridesmaid best mate B after she lied to me, we didn't really fall out, she was caught out and then deleted me and blocked me on her phone. after falling out with both my best friends or 16 and 25 years, I was feeling really really low, and calmed myself thinking that it would be fine with the sisters, but felt sad that I hadn't got a close friend by my side on my wedding day. me and my sister are like polar opposites, I love her dearly but we have nothing in common, and my h2bs sister is lovely but I don't know her that well really.

anyway, there is a very close friend of mine, who i have been really close to , myself her fiancée and my fiancée have always got on very well, gone on weekends away together and get on well, but she's 20 years old, I'm 31, her fiancée is 36. I know age doesn't matter and she is quiet mature for her age but in certain circumstances she has shown her age and naivety,

a mutual friend of ours said I'm really surprised you haven't asked her to be bridesmaid, so I thought yeah I should we get on very well , talk on the phone every day shes a good friend so I did, and she was thrilled, and she has been amazing helping organize things with me and talk to me about it. she then got engaged Christmas and asked me to be her bridesmaid, which I was happy to do.

then we had a night out mid February and she was very drunk, and was spoiling for an argument with people we were out with, we went back to my house and myself and my fiancée got into a silly argument and she jumped in and got very aggressive, as did her fiancée, we had this explosive argument , even though I had been trying to calm her down she was having none of it, and in the end id had enough of her screaming and being childish ! so I reacted to her and it all got very out of hand. she said I was dead to her and stormed off , texting me for days after saying I had ruined everything and that I should never contact her again. I was gutted , we had a lot of fun as a group and share a lot of the same friends, we are all going abroad with a group in june.

I returned her bridesmaid dress, couple weeks ago as it only had a day until it was out of warranty. ive been so so sad and anxious having somehow fallen out with all my friends ! I'm not a confrontational person I hate arguing and I don't know how It ended like this.

she then got in touch and said we should forget it and be friends after a long long chat we agreed to forgive and forget. this was fantastic for me as I hate falling out with her.she then sent me a message asking me to be her bridesmaid again, and I said I would if that's what she wanted, but she said it was , I then said she could be mine again. but as I went to order her dress I got jitters, I really really don't know if I can , its ok for her, her wedding is 18 months away, mine is 5 ! and I'm not sure if this is a mistake, after everything she said and did I don't want it to be awkward. I have to make a decision and I cant , I cant really tell her I've changed my mind again especially as our friendship is going to be quite fragile !, I'm so confused, h2b just says its up to me !

I don't want any more dramas, the whole bridesmaid thing has really