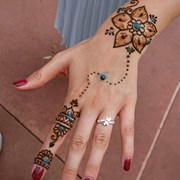 I'm getting married in Decmber this year and up until a few days ago my Father was paying for the wedding.

Pref History on relationship with father: I haven't really spent anytime with my father and his family since I was 11 years old as I became very sick when my parents divorced and my father was very abusive (emotionally) when I was a child. Both me and my eldest brother haven't had anything to do with him til last year. My sister has always been incontact with him and has even lived with him on and off. He lives in Australia currently with my sister and her husband. Because of this situation I haven't had anything to do with his family as they choose him over us.

Because earlier this year he made amends with my mother I was willing to except him back in my life and he even offered to pay for my wedding as he has never helped my mum out money wise raising us. At first me and my fiancé didn't like the idea of this but due to certain circumstance this changed.

I sent invites out to my fathers family (My Grandparents, His sister and her husband and kids and lastly his Eldest sister), I did not include his brother in the invites as he scares the life out of my brother and is very disrespectful to my mother who means the world to me. When we briefly encountered him last year he couldn't even speak to me or my fiancé.

I made my father aware of this situation months ago and he understood that it was my wedding and that even though he didn't like it that was the situation.

but; on Wednesday evening I got a strange message from my sister asking me if I had invited my fathers brother/my uncle and I told her no. She then continued to badger me saying that she didn't think my dad was aware of this and that she would be speaking to him herself, bare in mind my mother and I have both told my father on numerous occasion.

MY mother the following day received a message from my dad saying that he had "heard through the grapevine" that his brother was not invited to my wedding (even though like I said we had already told him) he then continued to say that he was very upset and that he didn't care who we invited out of my fiancés family or my mothers but that his brother had to have an invite regardless of my feelings towards my uncle. And that he wanted this rectified immediately otherwise he would not attend and would not be making any further "contributions to my wedding".  My wedding is only 4 and a half months away and half the payments still have to be made and as I am sick I can't work so my partner has had to sell his vehicle to cover the rest of the costs.

I have happily turned round and told my father that he can now forget about coming to my wedding after choosing his brother over me knowing how horrible he has treated me in the past.

My father is the type to ring round our suppliers and cancel my wedding and to also be very threatening toward us.

Because I they are family I feel bad because of what has happened but cannot bare the though of them ruining our day. And must now uninvite them but don't know how to do this. My sister will no doubt pick my father as she always has done in our lives and she is supposed to be a bridesmaid.

I would like to uninvite them asap as this will bring our costs down and will also prevent them from spending money on a hotel room.

how would I go about doing so??