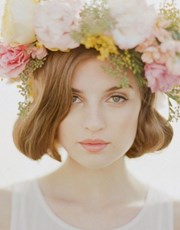 I hope someone can give me some advice as I’m feeling frustrated!

My boyfriend and I have been together for 2 years and we have decided to move on to the next stage this year. Initially it was supposed to be the end of this year but my bf said his grandma is in critical condition so she might not last that long so his mother said we have to do it as soon as possible.

Even though I have put down orders for my wedding dress but it still takes about 6 months to make. We agreed to do the wedding in the end of May or beginning of June.

So let me talk about his family situation. His biological dad left them when he's 6 months old and his mom & her family helped to raised him up until he's 10 years old ( They're from my country as well, they moved here about 25 years ago ). She remarried an Irish man and moved to Bangkok while sending my bf to a boarding school in UK ( he barely knew English that time, no family, no friends in the UK ) for 3 years . When he's 14, she finally came to UK and live with her husband ( my bf was still in boarding school all this time ). She divorced the second husband about 13 years ago. I heard it was bitter and they're no longer keep in touch anymore. Now she lives alone but she has a boyfriend.

Even though my boyfriend is very responsible but he's not an emotional attached person. So apart from seeing her every 2 weeks for dinner , they don't talk often. They saved each others' full names in their contact section ( ? ) . She was not getting well with his ex before and she was quite happy that I'm from the same country so we could get along better. And we did.

Things get strange when we started mentioned about the wedding. She reached out to me first and suggested we should meet for lunch then we can talk about the wedding etc.. I was quite happy and felt sorry for her because her son is not very close to her. After my boyfriend proposed to me ( without a ring though because I want a specific one and he ordered it but it takes a while to be done ), I shared the news to her asking about her family's preference of wedding date & time cause we only have 6 months to plan . She turned bitter and telling me all the things like ' the wedding has to be in the church ' and ' the kids have to be Catholic ' ( My bf and his whole family is Catholic, his mom is very religious but he is totally different; he only goes to the church twice per year during Christmas and Easter holiday ..) . I am a confrontational person , hence I told her straight away, my fiance didnt say anything to me regards the church wedding and our future children, they will not be forced to follow any religion before they're mature and have their own decisions .I'm Buddhist but I never asked him or our future kids to follow my belief because I think freedom of choosing religion is the most basic human's right.

She then had a go with my fiance because of not telling her ??? I felt I was stabbed on the back because she knew everything since the beginning ? My fiance dished me before any explanation , I was angry, disappointed and so mad at him that I asked him to get out of the car while I was driving ( not even sober cause my hands were shaking and I couldn't breath - anger attack )