Struggling with photos a year on!! 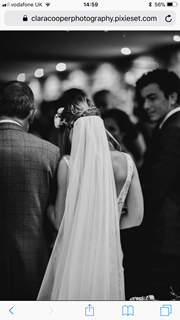 We have just had our 1 year anniversary and I’m still not at peace with my pictures. I feel incredibly lucky to have the ones we do as some of them are truly amazing but I can’t bear to look at myself in them!! I was struggling with really bad anxiety the year we planned our big day and my confidence took a huge knock; I rushed my decisions in particular my dress and hair.

I look at the photos and see an incredibly handsome husband and I look so so happy (which I was) but all i see when I look at myself is messy hair, a veil that is falling out and a dress thats not quite right.

Has anyone else experienced similar feelings and what did you do to combat them?