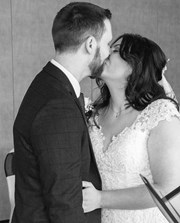 I just wanted to start off by saying that I got married 3 weeks ago and it was amazing! But in the whole process of getting married and planning our dream day. I lost what I thought was a really good friend.

I like to think that I'm not someone who asks much of people but will always go above and beyond for people I are about and I foolishly thought that my best friend of 11 years would do the same.

It all started when I asked her to be my maid of honour, it was an obviously choice seen as we had been through so much together. Well it started off silly with things like when she came to visit, she didn't say one word about the wedding, I couldn't wait to talk things over with her and make plans and share excitement but she had no interest whatsoever. Even my now husband noticed and that's saying something !

I then was informed that she wasn't coming to my hen 3 days after all of my other girls knew. She waited for someone else to tell me and then blamed others for making her look bad. At this point I was really upset. Not so much at her not being able to go but that she let someone else be the fall guy and not having the guys to tell me herself. To make things worse her excuse was she couldn't afford it (fair enough) but literally had just gone on holiday and had expensive meals out with her new boyfriend. That hurt a lot. I would have sacrificed a few things to be there for her. Especially because I lived away. (4 hour drive)

I said I wanted ididnt want her to be bridesmaid as at this point I couldn't trust her. Her new boyfriend blocked me off all social media after being invited to the wedding I asked if she was still coming to the wedding and she said she was but he didn't want to as he thought I was being a bitch.

Two days before the wedding she informs me that she's wearing black trousers and a white blouse to my ceremony. I tried to tell her politely that I think all other people are dressing up and that may be she should wear the dress she wore for a friend's wedding.

A day before the wedding she texts me and asked if her boyfriend can come after all and that he would talk to me to apologise on the day of the wedding. I lost it at this point and said you can't block me and slag me off and expect to be fed and have a good time! She calls me a bridezilla and a bitch and that she won't come to wedding because I don't want her new boyfriend there. Who I have never met and who doesn't even like me !

I have been so happy with my new husband but now the wedding bubble is deflating and I don't know what to do about it as I miss her. She's a friend but I feel so let down and hurt.