FSIL wants nieces ashes to have their own seat at the wedding... 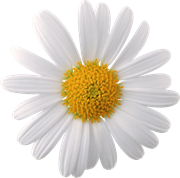 November 2018 in Emotional support
I've posted before about my fsil and the devastating death of her daughter earlier this year. I've also posted about her behaviour to me over the years and her more recent behaviour (she's waiting for grief counselling and her current way to cope is to behave badly towards me it seems as she already doesn't like me so she knows I'm a 'safe' target to take stuff out on - latest incident on my planning thread), well now h2b has had a text asking if she can put her daughter's ashes on the table in her place during the reception. He hasn't replied and with how fragile she seems lately he is not sure how to.
The answer will be no for a few reasons -
1. If anything happened to them ashes it would be heart breaking and eould be losing her all over again.
2. It could upset his family on what should be a happy day by giving them the reminder of what happened.
3. She passed in the spring and when doing the seating plan the other day we removed her spot as obviously no longer would be used, so no actual place for them to go anyway.

Any advice on how to refuse this request? She explodes at the slightest thing these days and we don't want to upset her but at the same time this is not something we want