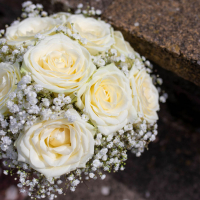 March 2019 in Emotional support
Hi all! I’m not really after advice, more confirmation that I’m not being unreasonable 🙈 Fiancé and I have been engaged just over a year and my future MIL didn’t show much interest in the wedding and to be honest, this was fine with me as she can be a bit opinionated and We’ve got very different tastes.

well, January hits and the wedding is now this year and she’s suddenly gone MILzilla on us and it’s really stressing me out.  We decided early one we were having fake flowers or at least arranging them ourselves to keep costs down.  She said she knew a friend who would do our flowers for us and would get a quote.  We said fine, go ahead but gave her our budget and advised it probably wouldn’t be enough for real flowers.

She then gave us a list of people she wanted to invite to the evening party which is £20pp and she had a list as long as my arms so we had to say ‘sorry but we don’t have that in the budget for x amount of people that neither of us know.’  Well.  The storm unleashed from then.  (I must add she had said she was giving us money towards our honeymoon as a wedding gift).  She said how unfair it was that she isn’t allowed to invite her friends to the evening when the money she is giving is will cover them! (Uh, hello? Honeymoon and it’s a present) she kept going on and on until my fiancé wanted to leave.  We are not accepting any money from her going forward.

the same thing happened on my birthday when she came over for dinner and ended up in my fiancé and her having a row, luckily she waited until my parents had left before bringing all of this up.

The next week she called me to try and get me to agree to all her friends coming behind my fiancé’s back and was really pushy, I think she thought I’d agree to it as I’m a bit of a pushover.  She then called my fiancé and started it all over again about how it’s not fair that her friends aren’t invited (none of our parents have friends coming that we’ve never met) and then she told him she’d spoken to me and offered to pay for our flowers! Which she absolutely did not do, the flowers never even came up in the phone call.

It’s got to the point I hate speaking about the wedding in front of her as she seems to be using it as a chance to show off to her friends,  and the fact she outright lied to my fiancé about what we’d spoken about has just made it awkward! Am I being totally unreasonable in being annoyed?

It might seem seem like nothing, but it bothers me that she only wants to know about the wedding when it comes to who she can invite or in any way it affects her.
0