Feeling frustrated at my bridesmaid... 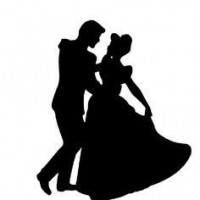 So a bit of a backstory; I have been friends with said BM for around 13 or so years. We went to high school together and although we drifted apart for a number of years (her BF was a complete tosser), we reconnected and got close again. She got engaged before me and immediately asked me to be MOH, which I accepted because at the time, we were closer. She booked her wedding for Summer 2021. I then got engaged the year after and booked our wedding a few months later for November 2019 but didn’t choose her as a BM because we’d started drifting again and asked a friend from college who I am incredibly close to, my FH;s cousin who is also a close friend and my three sisters. A few months after, I then reconsidered as I felt bad that I was her MOH and she wasn’t included in my bridal party so of course, she accepted. I met with her on the “2 years to go” mark for her wedding this summer, playing dutiful MOH (arranged balloons, small gifts etc) for her, made it  special for her, went to see her venue with the other BMs and had lunch and I made sure the day was about her. She asked me a few bits about my wedding, and I spoke briefly about it but no more than necessary as I was conscious that it was about her.

Fast forward to now, she’s done nothing but talk about her wedding, hasn’t asked about mine unless prompted or I become all sarcastic/ short with her in my replies. When I saw her over the summer for her “2 year to go” celebrations, she made a comment about speaking with my other hens about surprises for my hen party and I felt optimistic that I was probably just overreacting about my bug bears. It since transpired that yes, she was involved in the group but contributed sweet F-A to my hen. In actual fact it was MY MOH and another close friend (lets call her A) whose not a BM who planned everything and made it what it was. I was annoyed about that but let it go. I then had my MIL-to-be, another BM and MOH approach me after she’d left to say that she continued to talk about her wedding throughout my whole hen with my guests, which made them feel uncomfortable.

She’s always been like this and has been put straight by someone I used to know before about how selfish she is and how bad it made this other person feel when she was struggling, but I’m non-confrontational so I’ve always let it slide. But I’m mostly annoyed because it was supposed to be a day to celebrate that fact that I’m getting married and she’s supposed to support me, big me and my big day up but once again, she’s taken the opportunity to go on about hers and not really give a crap about me. I’m not upset with her for being excited because she's getting married too and I totally get it but I just feel that it’s a bit inconsiderate considering if the shoe was on the other foot and I did that at her events, she’d be furious and probably kick off at me.

I’ve been thinking about it for a little while, but I’m considering asking her just to attend as a guest instead. I know I’d be risking the friendship but I’m also considering stepping down as her MOH as I don’t think I’m the right person to continue with this. The other complicating factor is I’d been thinking about asking the close friend (A) who went above and beyond for me (and has been an amazing support over the last year or so) to be a BM instead but I don’t want it to come across as being a dick move so I just asked her to do a reading for us. But I can't help but feel that this BM doesn't really deserve to be a BM because she just hasn't cared. I understand my wedding doesn't revolve around her but I've tried so hard to be excited for her wedding, replying to her messages about how she wants her hair/ makeup/ what our dresses will look like, but when I do the same, she brings it back to her and I can't deal with it without ranting to FH.

I’m really looking for advice on how to proceed with things really. Do I shut up and put up (so to speak) and just get on with my day and hers when it comes around? Or am I just being an asshole and being selfish for no reason? Has anyone experienced a BM like this before?