Licking my wound after not being invited to a friends wedding 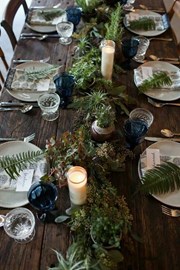 December 2019 in Emotional support
I am feeling a bit hurt and upset. Just reaching  out for some emotional support. It's not made easier by the fact that I am pregnant, hormonal and generally quite weepy.

I flew over to Paris this weekend to celebrate the 30th birthday of two twins who I have been friends with since school. Both of them were at my wedding last year. And one if them was engaged. I had assumed she wasn't planning to get married anytime soon, as she hadn't mentioned anything to me.

Well at the party I found out everyone knew the date of the wedding (next August) and where it was happening. Plus lots of details. I immediately felt awkward at the realisation that everyone had probably been invited except me. I just wanted to hide in a room and cry.
I didn't say anything and just tried to enjoy the party.
As I was saying goodbye my friend who is getting married said I am sorry the wedding is on a wednesday. Not sure what to say, I said oh don't worry, of course I would take the time off. Plus I will be on maternity leave anyway.  She said: Oh that's true. How old will baby be? Will it be ok with the wedding?. So I said: baby will be 4 months. I am sure we can work something out. Either take baby or leave it with our parents. We had a friend with a 4 month old baby at our wedding.

So I left a bit confused. It sounded like I was invited after all. But did she only say that because she felt awkward in the moment, after she realised everyone had been talking about the wedding.

My husband suggested I ask my other friend if she has been invited. So I did. She said yes. On further enquiry she explained they asked her if she would be able to come. And she definitely knew the date and location.

So I have come to the conclusion that I am nor invited. Or at least originally wasn't supposed to be.
I am not going to ask. There is no point really. It would just make things awkward. If I get an invite I get an invite. If I don't I don't.
I mean it's completely up to them who they invite. I know first hand that deciding on the guest list is the most difficult part of planning a wedding. And each additional person costs a lot of money. And there are loads of politics involved
My friend who has been invited has been friends with the twins several years longer. And admittedly I have not always  been the best at keeping in touch.
Plus the wedding is in french and dutch. My french us starting to get rusty. And my husband only speaks english. So they might have thought it would be awkward. And I will have a baby by that point if everything goes all right. So maybe they don't want a baby at their wedding. Although I only told them about that two weeks ago after our scan.

I am trying not to take it personally. But it still stings. I am feeling very lonely right now. I don't think the hormones help.
And my husband is really angry. He thinks being invited to our wedding means we should be invited to theirs. I tried to explain to him it doesn't work that way.

Anyway, I don't know why I wrote this. Just feeling a bit crap and alone right now, I guess.
0