One bridesmaid down, need to vent. 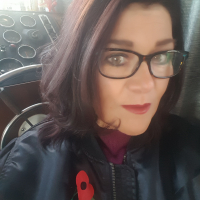 7 February in Emotional support
So, a few weeks ago and only a day after sending me her measurements for her bridesmaid dress, out of the blue, my fiance's adult daughter sent him a WhatsApp message 'so how much loan have you taken out for the wedding' (quote).
He'd mentioned to his other daughter in passing the previous day, when I was measuring her for her dress, that we were taking a small low interest loan to fund part of the wedding. She was fine with it but must have mentioned it to her sister.
He told her that it wasn't her concern, quite understandably in my view.
The next message was 'I don't know if I want to be part of this silly wedding' (quote)
Then refused to answer his calls and messages.
Naturally he was upset and concerned, she had said she wanted to be a bridesmaid as soon as we announced our engagement over a year ago, and had been one of the first to choose her dress (I also have 4 adult daughters, so 6 daughters between us!)
I then sent a message to her, asking her to please explain what she meant by the last message.
She replied:
'I worry about my dad because this isnt his normal behaviour to get out a loan. I dont believe he should be getting into debt at his age. He works self employed and because of his age and weight, he wont be working for long. No one at that age wants to be paying off loans'
Unbelievable. I found that message very offensive.
We are both 55, and although my partner is overweight, he works full time in a physical job and we don't have high out goings and considerable savings, and we are perfectly capable of making our own financial decisions, the whole point of taking a low interest loan was to conserve our savings and spread the cost of part of the wedding which we can very easily afford. We both own property outright too.
For someone who is apparently concerned about her Dad, to refuse to speak to him is kind of contradictory!
I  explained that we both have savings and are easily able to afford the payments, and also told her that we are both perfectly capable of making our own decisions financially, and that I found her comments about her Dad's ability to support himself, our age etc. offensive, and I thought we both, but especially him, deserved an apology.

Bearing in mind that she never calls him to see how he is, or comes to visit him, or shows any interest in what he's doing, he makes all the running when he calls her, and only gets one syllable answers when he asks her how she is, how life is going for her and her partner or what she's been doing, I am very surprised that she knows what his normal behaviour is!
I have always been on good terms with her, and her sister, and she had never expressed anything like this before. She has always been in my opinion quite offhand and rude, but have never passed comment about this as everyone's different and it's not my place to sit in judgement.

Later that evening he managed to get an answer to his calls and was screamed at, sworn at, told he had nothing in life! Since then she has refused all contact other than a response to a WhatsApp message asking if she still wanted to be a bridesmaid, but if not we would be happy to welcome her and her partner. The answer was no, we will be out of the country!

He's naturally very upset, and can't understand why she's being like this. As he said, I was right to tell her off, as she deserved it, but she's a bit spoiled in my view and seems to expect to behave badly and for people to just accept it, she has her mother in tears pretty regularly, but from what I'm told is never confronted and is allowed to get away with it as though nothing's happened.

I would have thought by now she would have made contact but nothing, it's been a month now.

I am so angry with her. If she changed her mind about attending I would be happy for my partner and would welcome her and her partner, but as my bridesmaid, absolutely not!

Just wanted to vent, she's been a complete madam rude, uncaring and nasty, and shown herself up completely, treated her Dad appallingly, he's done so much for her, and I am told by him she has always been ungrateful. I was given an example, he told me that when she was a teenager, long before I met him (she's now 23)  she asked him to take her to the airport at 4am when she was going on holiday, he carried her bags through to the departure lounge, then was told to go, no thanks, no hug or kiss, just dismissed! He's just accepted it which is in some ways understandable as he loves her, but in other ways should have been dealt with in my view.

I'm just sad for him, that his daughter has hurt him, and now refuses to speak to him because she wasn't allowed to say what she wanted totally unchallenged and to get away with it.
0