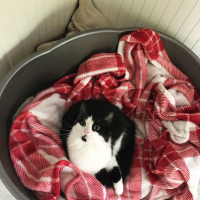 14 September in Emotional support
Hi there girlies, I'm really just hoping for some opinions on what I should do here. Sorry for the long post.
TLDR: Mine and H2B's families are falling out over the hen do and are the only ones invited. Do I uninvite H2B's family to make the hen do a more enjoyable day and risk the wedding being more awkward because of it?

So. My bridesmaids are my two sisters and SIL2B. I made it clear from the start that the planning of the hen do was their responsibilities and that everyone should be equally involved. I didn't want to be involved with the planning at all - ideally, I would have been told a date and location to turn up at, then just enjoy the day as it happened.

Invited to the hen do were the three bridesmaids, my mother and MIL2B.

As far as I was concerned, everything was going well with the planning until I got a call last night from my sisters. They said that they didn't want to get me involved but didn't have a choice.

Their version of events:
They said that they had asked SIL2B to help with planning, but she had said that she didn't know me as well as they did so left it to them to come up with ideas, and she would just add to it. Well, the 2 sisters said they planned a day that they knew that I would love, and then made the suggestion to everyone who was invited and explained the cost. Apparently, the cost was too high for MIL2B and SIL2B. My sisters went away and tried to reduce the costs, then went back to them with a new plan and price, but that was still too much for them. I don't know what the specific prices are, but I've been told that it's not an unreasonable amount for a hen do (one day long, somewhere local, no hotel needed). MIL2B and SIL2B said they couldn't afford the whole day but would go to a part of it or none at all, then left it to my sisters to decide whether they should go or not.

MIL2B and SIL2B version of events:
SIL2B didn't hear anything about the planning of the hen do until the message that was sent to everyone invited explaining the plan and price. They then explained that it was too much for them to spend and were just told they either had to pay the full amount, go for part of the day, or not go at all. They didn't want to make the decision so told my sisters to decide whether they go or not.

My sisters then contacted me to ask what they should do because they didn't think it was their decision to make. I asked H2B for advice and he said he would cover the cost for MIL2B and SIL2B to go for the entire day because he knew that I wanted them there (aw!).

I thought that was the end of it, but apparently today MIL2B sent quite a rude message to my sisters and mum and implied that she was only going to go to the hen do for me and didn't care about the effort that they had put into planning the day.

My mum called me crying because she didn't think it was fair that they were being turned into the bad guys when all my family had done was try to accommodate them and find ways to help them go for the whole day. She said she thought that based on how the discussion in that group chat was going, things would be very awkward between the two groups on the day of the hen do and that I need to think about whether I still want MIL2B and SIL2B to be there.

I don't know what to do because if I don't invite them, then SIL2B is still a bridesmaid and that would make the morning of the wedding super awkward. But if I do invite them then the entire day of the hen do would be super awkward.

What would you do in my situation?
0