Forum home› Archived› For the groom

My Fiances suit and anxiety 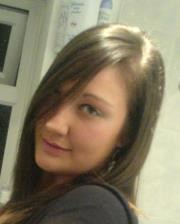 at the moment i have done most of the planning of our wedding i have lists coming out of my ears and we know what we want and we are purchesings things we need and hiding them away so its one less thing to worry about next year, im not a controle freak or a bridezilla and me and my fiance have both had a say in everything...but....knowing my fiance when he and his groomsmen go to get fitted for their suits i know their going to want to get something silly and everytime i think about it my anxiety level rises ..lol.

sooo what can i do to kinda stear him in the right direction ive tried going to a dress shop and sneekly looking at the suits he looks intreasted in but everytime i go thats nice do you like it, he says dont you trust me......thats not the case ......sooooo brides every where HELP