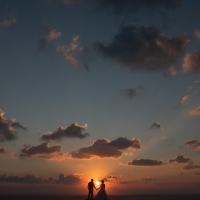 June 2019 in General chat
This is a new thread to create awareness for engaged couples planning to hire a videographer/cinematographer to capture their special day. Please take 5 mins to read about our experience with this award winning, acclaimed individual.

It saddens me deeply to read all of the comments in this thread. My wife and I married in Cyprus in September 2018 and employed the services Daniel Armitage of Shoot me now films to capture our special day. He showed up and worked well others and ourselves on the day and even the day before, shooting as much footage as he could for editing after the event. However, after the event we are still waiting...8 months later and no wedding film.

We did receive a trailer which was fantastic - I only had one issue with some voice overs at the end of the trailer which I informed Dan of but he has still not been addressed this issue. His editing of our wedding trailer is of a professional standard which warrants and reflects his fee.
Ah yes the fee -  paid in full and in advance of our wedding (fine, he has to buy flight tickets, transport etc) however...the fee, and it was a substantial amount for the package we agreed has been paid and we have no finish product as per our contract. By his own terms and conditions set out in his contract, he is in breach of his agreement. That said, we hoped for our wedding film earlier than now...mainly due to the communications from Dan ensuring us that our film was indeed finished and all he had to do was upload it the next day. I have received emails ensuring me of "having your wedding film tomorrow" on more that one occasion now. It's simply a bare faced lie. I honestly don't know how he can sleep at night. We are talking about people's wedding days. Treasured memories of a special day which for us are now tarnished.

Dan's last email to me addressed the lack of communication from himself whereby he apologised profusely citing family problems as the reason for his lack of delivery. We are all only human and we completely understood that family issues can effect you in different ways. My wife suffered from the loss of her father at Christmas 2018 not long after our wedding, that kind of loss effects people terribly and we only hoped that Dan didn't suffer something similar. In fact, not receiving the wedding film from Dan has been so disappointing because we had also promised our family members the film so they could see my father in law at the wedding again which was such a wonderful time. Unfortunately, we have not had the opportunity to relive these moments and we and our family still wait impatiently now. We were provided with a link to the raw footage (at an additional cost) but not all the footage was there and in fairness, i'm not a film editor. We paid for something that we simply have not received and the only person responsible is out there taking more money from couples giving them false promises. We have approached a solicitor who has sent on a letter advising he is in breach of contract - to pursue further will be at a further cost so if anyone wants in on the action please get intouch. I think you can inbox us on this site?

Dan even goes around the country sharing his skills with others in the industry - he is a talented guy. But he is also a guy that shows a blatant disregard for the couples who put so much faith in him to provide them with a service. To provide them with happy memories. Week after week now we sit and wonder...will it be this week?

We are expecting our first child in August this year (2019) which is one month before our wedding anniversary. Will we have our wedding film by then? Only Dan knows, but he's not letting on.

If anyone has some first hand experience of finally getting a finished film from Dan please let us know the lengths you had to go too. We really want our wedding film.

NOTE - to anyone wishing for their special day to be captured by a professional with the integrity to match the skill I would implore you to look further a field. The wedding films on his website are amazing...and you pay twice. Once upfront and with a lot of pounds - secondly with stress, anxiety and a general questioning of humanity. How can someone who shares a day involving so much love be so cruel with the people who trust him. Trust me - this may sound a bit OTT but it's not. It's just very, very sad and unprofessional.