Storing my wedding dress a year before the wedding - advice needed!

7 May in General chat
Hiya,

Hope you're all okay.

I bought my dress off stillwhite and the tracking says it should be arriving today. Very excited as it is my perfect dress (for a fraction of a cost and never been worn.). However, I'm not actually getting married until July 2021. I got so swept away by the bargain that I didn't think about how best to store it!

Does anyone have any tips. The dress is very flowy and lacy so it's not poofy at all. It'll need alterations closer to the time so I will likely get it steamed then. I'm just so worried it'll get damaged, discoloured, or funky!

If anyone has any tips, or has also been in the same boat, I'd really appreciate the advice!
Below is my dress FYI. 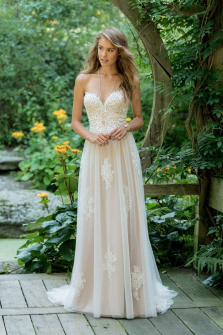