Anybody ever been to Grenada? 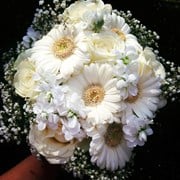 I am getting more and mroe fed up of planning this honeymoon, I just cannot make a decision and H2B is being a typical man and saying I can choose as as long as he's laying on a hot beach somewhere with me he doesn't mind! I have narrowed it down to Sandals Grenada (brand new, opening December 2013) it looks beautiful! or Jamaica Sandals Royal Carribean (has a private island, is well established with returning customers etc) Obviously I can't compare on reviews as there are none for Grenada yet. I love the look of them both so much

They are around the same price but it's actually cheaper for Grenada in terms of we get a better room for our money etc. However, when I spoke to ladies in Travel Agent she said there is not alot to do in Grenada and if I want the real Carribean atmosphere (which I do) Jamaica is the one to go for, but I can't help feeling this new one looks sooooo beautiful! I've been to Jamaica but not Grenada so wanted to get peoples opinions on Grenada as H2B likes to do scuba diving etc and I'm not too sure what the weather is like in June either. Thanks in advance xx