Forum home› Archived› I got married in December 2012

Hi all, I have been thinking about doing a planning thread for a while, and I've been really enjoying the recent ones (especially other December brides, Hannah, Clare, Rea and more!)  So, I thought I would give my own a go!

It seems to be the ‘done’ thing to start with a bit of introduction as to how we got together, so quickly (we've not been together very long, so don't have much to tell!)

Jason and I met through our respective jobs. On my first day, my boss told me to 'ring this guy Jason and speak to him, he's very helpful' I think it's fair to say we hit it off almost immediately, although it took Jason a long time, lots of 'little favours' with my deliveries and collections, and many hours on the phone talking about anything other than the actual job I had called up about, to persuade me to actually go out for a drink with him! Our first date was 20th September 2010 and I've been hooked ever since!

The Proposal- (this is in Jason's words, with a few additions by me! Jason proposed the weekend of the 1 year anniversary of our first date!  Cute!!) After finally realizing that I wasn't going to shake Rosie loose...... and that she was the perfect girl for me, the next step was to propose. I knew I wanted to make it spectacular and give her a fairy tale proposal so I whisked her down to Arundel on the South Coast, (this was a surprise destination, J told me to pack a bag just in case, but when i put it in the boot of the car, i saw he didn't have a bag... and slightly got the hump that he hadn't booked an overnight!)  to which Rosie was dreading was going to be a boring history tour, but I had other intentions and after walking around for several hours, even having to top up the parking meter! I finally found the perfect place in the castle gardens and proposed. Luckily for me she said yes, (at this point he took me home to tell my parents!!) but the day wasn't going to end there as I had already booked a suite at the Sir Christopher Wren hotel in Windsor to celebrate our engagement and add a perfect end to a perfect day.

here's my ring (we chose this the next day, he borrowed his mum's E ring to propse!! aww!) 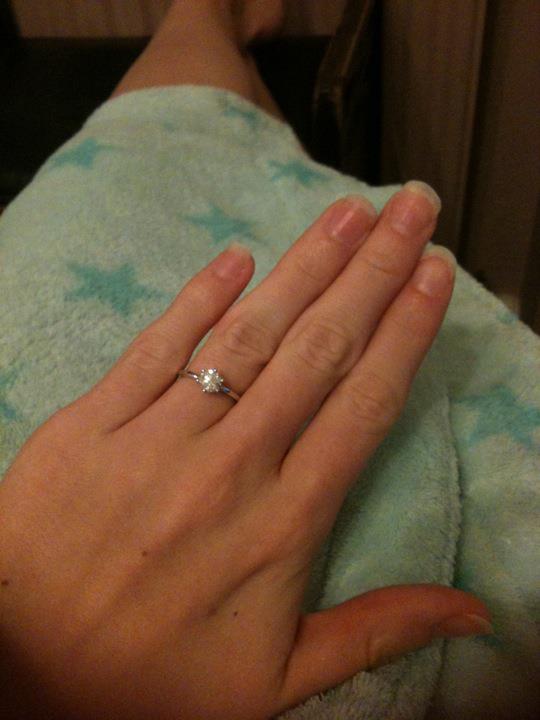 here's a pic of us shortly after our engagement 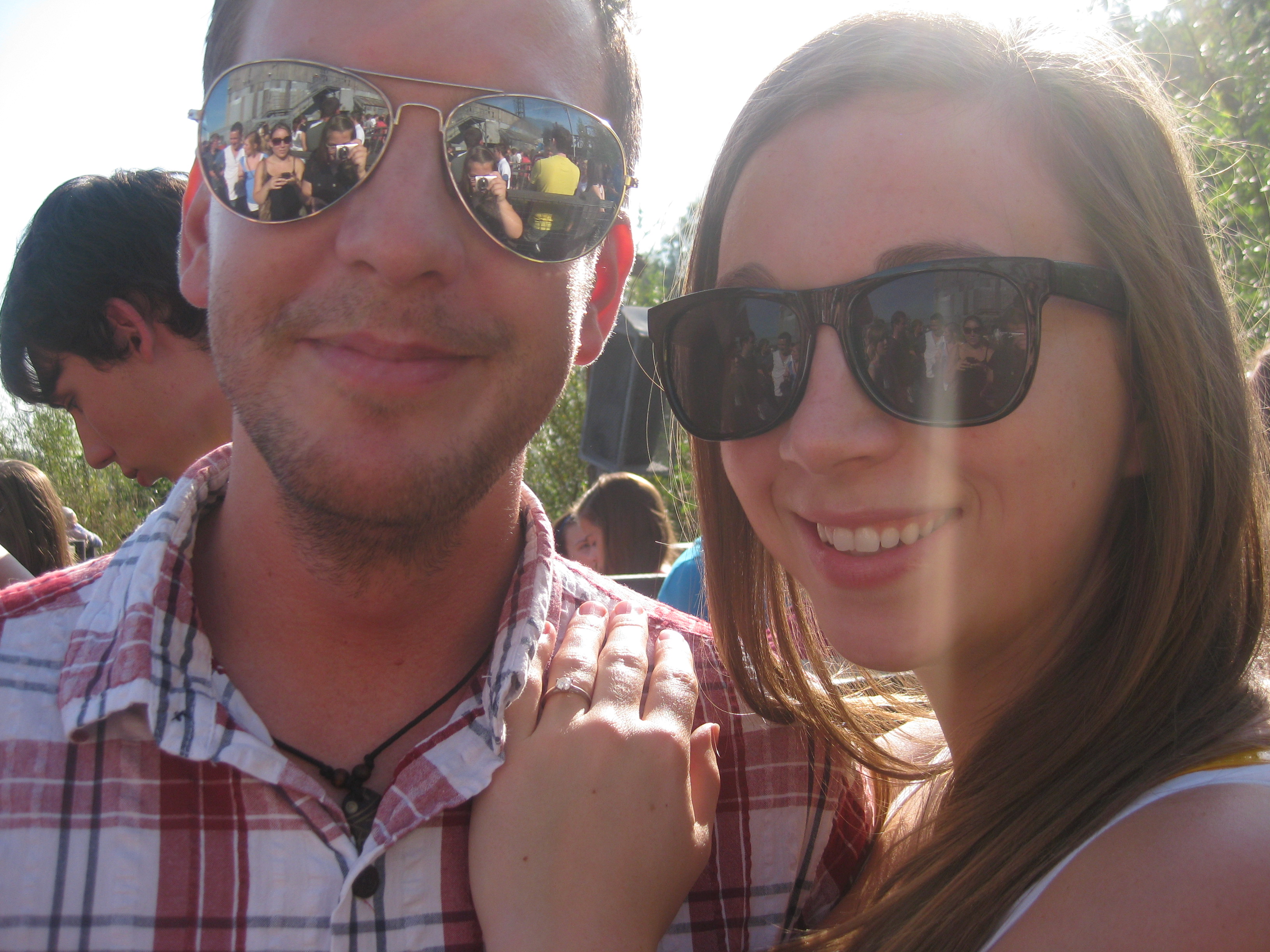