My Hen do is this weekend! 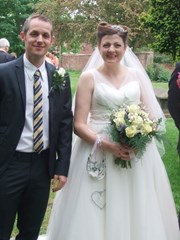 Nearly_Lowndes Posts: 63
March 2012 in I got married in June 2012
Hello i am getting married on the 2nd Juen but my job means April is out for hen do's and i thoguth May was too near. It was my birthday yesterday and my hen do this weekend. I haven't been told anything - i am excited and scared!
0