My husband and I have got married and straight away we went on honeymoon. After 10 days lying around on honeymoon and being by the pool and not doing a lot his ring has become extremely scratched and looks terrible.

After having spoken to the company explaining what the ring looks like and how little he has done in order for it to get scratched, they have said that rings will get scratched just by day to day wear - which I can understand as I have worn rings for years. But surely not to the extent that his ring is now in. Also wouldn't that mean that my ring should be in the same state as his as we have done exactly the same things.

They have basically said that it is our own fault and that they will buff it up but some of the dents are too much to be buffed out.

Would any of you expect a ring to look like this after 12 days of wear?

I really do t know what to do now as my husband is embarrassed to show his ring off to people. 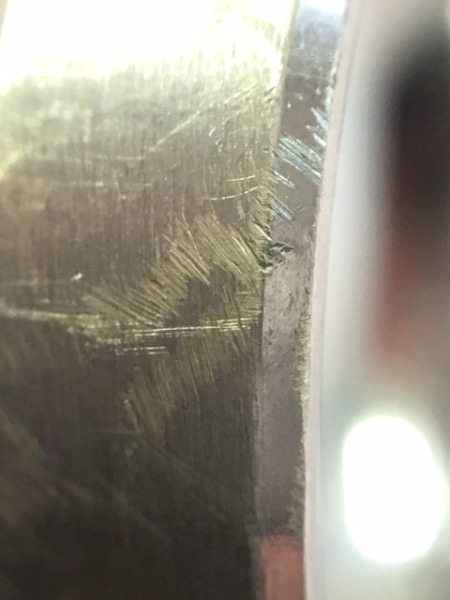 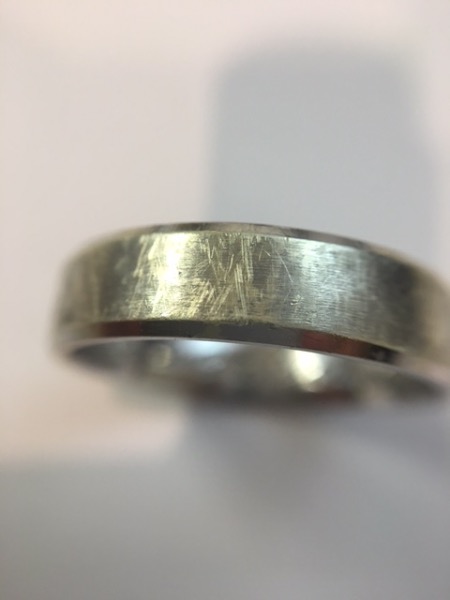 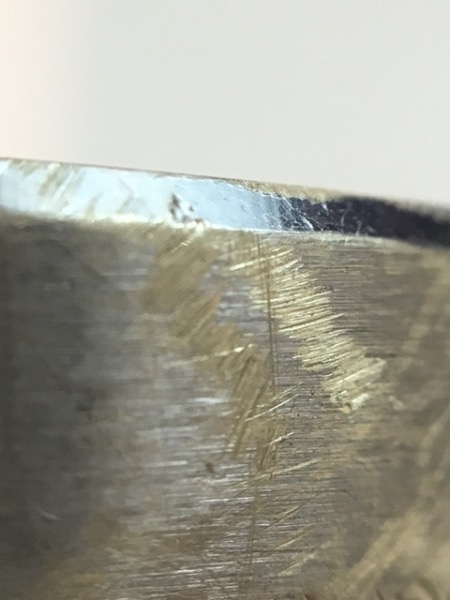