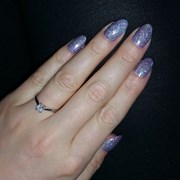 Hey Brides2b, I've been reading a few threads on here the last few months and absolutely love them so decided to start my own.


How we met
So me and R got introduced by a mutal friend nearly 8 years ago this coming March, there was a instant spark and we've been inseparable since. Our relationship was abit of a whirlwind at first we decided to try for a baby (6 weeks in) crazy when I look back now but it worked for us. Luckily for us I conceived pretty much straight away, we now have a sassy 6 and a half year old. 4 years later we had another daughter she's now nearly 2. Marriage didn't really bother me at first but now 7 years on and 2 daughters later I thought c'mon R you've gotta ask me soon. Pull your finger out. So I kept on dropping sutle hints. LOL as you do!


The proposal.
Being parents of 2 children we do value getting a sitter and having a night off. We'd planned mum was having the girls. We booked a hotel, dinner and drinks. I didn't really think much of proposals that night tbh it was good just having a night off and I was looking forward to it. Arrived at the hotel it was lush as usual, R is very good at picking good hotels. I was having a shower when R said he's going down to the bar for drinks, he'll bring them up. I shouted through the shower okay great see you in a bit. I was still in the shower when he came back up. I remember thinking back he kept saying hurry up your drink is here, didn't think much of it at the time. Just thought he was wingeing that I was taking too long in the shower. Typical man ha! Came out of shower and sipped on my drink, it was a lush cocktail in the most unusual glass, kept sipping and casually started getting ready. R was acting very weird! Just thought he was hot in the hotel room. 10 mins or so later I noticed there was a glacier cherry at the moment of my glass, I absolutely love glacier cherries. Here I am for about 5 mins trying to pick this glacier cherry out of the bottom of this very weird unusual glass, unknowingly to me R was freaking out BADLY! Then it smacked me!!!! My engagement ring sat right underneath it. I must of been staring at this glass for a good 15 mins! What a plonker. I was very gobsmacked. At this point R had reached a point of nervousness, he lost his speech he'd wrote and memorized. Bless him. But he got down on one knee and asked. There was tears and hugs. I was on cloud nine. <!--/data/user/0/com.samsung.android.app.notes/files/share/clipdata_180811_161234_474.sdoc-->