Ceremony time for a winter wedding 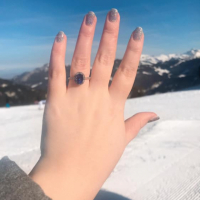 March 2019 in Planning
Sorry, reposting as it posted with the incorrect username to start with!

We've booked our venue for November 2020 and the next thing we'd like to do is provisionally book a registrar, as we are getting married and having the reception in the same place. The venue say they normally have a ceremony start time of 2pm but we can pick whatever time we like.

I'm worried that 2pm might be too late considering it will be dark by about 4:30/5pm, maybe even earlier if it rains! I'm thinking of 1:30pm instead which isn't a huge difference, but should give us enough time to get photos in before it gets too dark. Are there any other Winter brides here that can give me any advice on when to have the ceremony?