Tell me if we're being unreasonable... 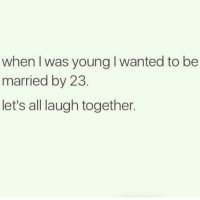 March 2019 edited March 2019 in Planning
Now, I'm sure I will have divided opinion here but I need advice!!

Our invites are going out this week and we have been as accommodating as possible with guests plus 1's. When we started the invitations (they have taken ages to complete) my H2B's brother did not have a plus one, which I asked if he would mind us just putting his name and our nieces name on the invite, which he said was okay. He's since got back with his ex-girlfriend. Now, we don't want really her at the wedding because 1. we don't have enough room, unless we cut someone else and 2. they were in an extremely volatile relationship, especially when they were drinking, to the point that police would have to be called. She also used to talk to me and H2B as if we were dirt on her shoe and blocked us on facebook and all social media when they finished. (Not that this is important). H2B's father has also said considering their past and that they've only just got back together we shouldn't have to invite her.

He has now messaged and said it's not fair that she is not invited which I understand but he's also asked that she and her child come as well (we're only having 3 children at the wedding, our 2 nieces and nephew). He has offered to pay for her to come to the wedding but we don't want any arguments on our wedding day because of them. We are completely stuck in a rut and don't want to upset anyone. I can completely empathise with her that she must feel left out without an invitation but we also want our wedding to be as smooth sailing as it can be.