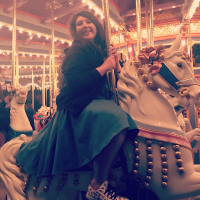 July 2019 in Planning
Hello all! Sorry this is a bit of a long rant but I’m getting cold feet about my photographer and I’m kind of losing faith and trust in them and not too sure whether to cut my losses and find a new one....? Advice would be greatly appreciated

Bit of context, I met this photographer at a wedding fayre and my fiancé and I really got on well with them and felt that they would be great for our day. A few months pass and we finally book our venue so I get in touch. Took about two weeks to respond to my email which is a bit annoying but I thought it’s still wedding season so they’re probably busy (this is August last year). Finally they reply, we have a lovely phone call, all seems well and we eventually book them for our wedding day from 10am to midnight and an engagement photo shoot. We arranged for this shoot to happen in April on a weekday so it shouldn’t be a big inconvenience for them and we chose the day we had our first date so this date meant something to us.

The week before the photo shoot I emailed to check all was well etc and they said yes. Day of the shoot I get up bright and early and get my hair and make up done as a treat (and so I didn’t get stressed about it haha). I was getting a bit concerned that they hadn’t text me to say they were on their way so I sent a text asking if they needed us to pick them up from the train station or something and to let us know when they think they’ll arrive (they were travelling an hours train journey to us). Then later I checked my emails and that morning they emailed to say they couldn’t do the photoshoot and can we reschedule for June. I wasn’t too upset, just wish I’d known even the day before as I took a days holiday for it. Basically they had done something to their ankle and they wanted to rest it properly before a wedding they were doing at the weekend (this was a Tuesday). Obviously if they’re injured they have every right to cancel but again giving me a heads up would have been nice

Heard nothing since that day. Then I emailed at the start of July asking whether we can schedule a new date. Heard nothing. Text a week later and luckily they replied and asked when was good for me, I replied pretty much instantly with weekday dates in September (again so it’s not in the busy season). It’s been nearly two weeks since I sent that text and I’ve heard nothing...

I’m guessing that they’re probably busy with it being wedding season and it’s just them and their assistant but I’m kind of tired of constantly chasing them and I’m losing faith that they’ll actually do the job when the time comes. Am I being totally unreasonable here? Is it normal to have to chase for stuff like this? Don’t know if I’m being a bit of a bridezilla or not

Any advice would be great- thank you