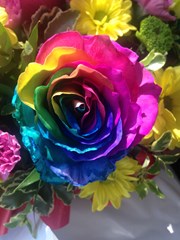 1 January in Planning
Exactly what it says on the title really...

I originally had two bridesmaids - my two friends who I’ve know for years.
When I asked them both they were both really excited  and we spoke regularly.
It’s been since September just after my sons birthday when one of my bridesmaids have stopped talking to me, about anything!
It’s annoying as I’ve no idea what I’ve done, the last time I properly spoke to her was the day before my sons birthday just to see if her son was still wanting to come to the party, she said yes and that they’d be there, but they didn’t show, and my friend hasn’t spoke to me since!
To top it off we found out yesterday that my fiancé’s best man (his nephew) has been complaining to his sister that he doesn’t want to wear a suit for the wedding and won’t be buying one!

We don’t have a massive social circle so we are unsure what to do about the situation!
We now only have one person attending the ceremony who isn’t family and that can be a witness!
We have 6 months to go until the day... what can we do?
0