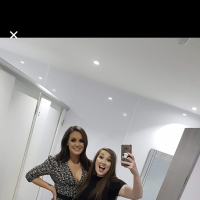 13 January in Unconventional / Alternative weddings
Hello,
Brand new here and not quite sure where to begin.
So myself and my partner got engaged August 2019 we put off wedding planning until after the new year. We sat down yesterday and discussed what we want for our wedding and both of us have said we don’t want anything big. We are happy with immediate family there and a few Friends so roughly this comes to around 40 people. We are a same sex couple and feel like we don’t really want to go down the traditional route. In our heads we would like a laid back day so we have decided we would love a large lodge in Scotland which we can decorate ourselves (rustic Style) we don’t want to have to walk down an isle and have everyone sat behind us we would prefer all our family gathered in a large room or outside very chilled out atmosphere. We don’t plan on a sit down meal either just a large buffet or possible street van hire all alcohol will be provided by us. We will still be doing the big dresses, photographer, videographer, cake this will be made by my partner as she is a well known cake maker based in Dundee cakesthatlandid (check her out).
So getting to the point has anyone done a wedding like this and is it possible? Can we just hire out a large lodge hire a humanist and do this?
I feel absolutely clueless and have no idea where to begin on wedding planning.
Katie
0