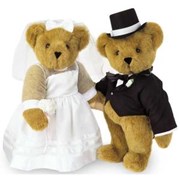 I haven't posted much on the hitched forums but would really value some help and advice.  We have had our UK wedding booked since the end of January, we have only paid a £500 deposit.  Over the last few weeks we have begun to realise that a UK wedding isn't what we want, we would love to get married in Spain.  We have spoken to our families and they approve of our decision so the next thing to do is start planning!! I have no idea where to start or what to do first!!

Any advice you could give me would be great!