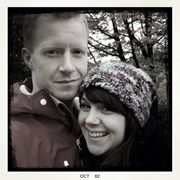 i went for look around Canada lake and lodge yesterday and loved it BUT while we were there someone came in and spoke to the owner and asked how much he was selling for?

i thought this was a joke initially but he kept on load the owner looked really shifty in front of us once this was asked. He kept saying that if we booked and it was sold the contract would have to be honoured etc etc but its made me worried. He was adamant he wasn't selling but the other man coming in really worried us.

turns out his partner died 8 weeks ago, and the man that came in was the brother of the partner so not sure whether he's trying to sell his half to get some £££££

would this worry you if booking your venue and this happened? It's the only place I've liked so far!