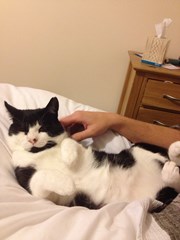 Ages ago there was a thread for anyone having a baby. I just wondered if anyone wanted to start this up again? It might be nice to discuss baby and pregnancy things outside our due in... threads.

Look forward to chatting to all the mummies to be!