Come off Pill after 10 years- whats been your experience? 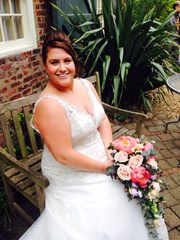 Hello all, I came off the pill after nearly 10 whole years at Xmas (took last pill on xmas eve).

Although I was supposed to, I only ever took the 7 day gap between pill packs when I needed a period ahead of a smear (mine I every 2 years because the results always come back with abnormal cells). So, 10 years- 5 periods. Then, in October last year, hubby and I did a total U turn on not having kids and now want to get my cycle back to normal ahead of TTC.

After the last pill I had a period as normal (mix of actual period blood and some bright red stuff I think the body sheds cos it feels it should!). Since then the only activity has been;

May not be related but I was in no way ill,

The week before last I was bloated all week, 4 pounds of bloat per the scales, then went back to normal,

A week at end of Jan when I could not stop stuffing chocolate down my face- seriously, it was ridiculous (in the past I have craved choc and bloated pre- period),

A few days here and there where I've had a tiny, tiny amount of brown discharge.

Has anyone else come off the pill after a long time and had similar experiences? How long did it take for your periods to come back? I'd have thought, that in 2 months, I'd have had a period?!

How long should I wait to go see a nurse or doc? After the 4 month mark?

I'm concerned! Pre- pill my cycles were like clockwork- could literally tell the day and hour that my period would arrive.

Anyone else's experience or knowledge in this area would be gratefully received. Thanks in advance!