Did you 'know' you were pregnant before doing a pregnancy test? 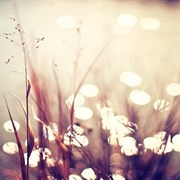 Hi guys, I've heard a lot of women say that they just instinctively 'know' that they are pregnant before actually testing, and wondered if anyone had experienced this, and if so what made you feel like it, and what symptoms did you have?

I believe I am around 3.5 weeks pregnant (7 DPO) as I've been having minor period style cramps for the past 3 days which is really unlike me. I rarely get period pains, and if I do it's usually the day before I come on my period, yet my period isn't due for another 8 days so it's far too early. I've also felt permanently tired the past 4 or 5 days. I've been dropping off on the sofa about 9pm, and it's not uncommon for me to wake up, potter around the house for an hour or so and then feel really tired and go back to bed and fall asleep again, even though I've only just woken up! I've also gone right off chocolate which I usually love! I went out to a food festival with my family last weekend and my sister in law convinced me to share a brownie with her (topped with cream and hot chocolate sauce!!) I'd have usually polished it off by myself no problem, but I had about 2 bites and felt like I was going to be sick.

Could these be early pregnancy symptoms? I can't help but think it's all in my head as surely 3.5 weeks is too early to have symptoms? The baby would only be a bunch of cells really! I'd love to hear your thoughts though!