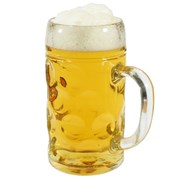 I promised myself that I'd do one of these so here goes... hope someone reads it!

FutureMrsFord had become sick of New Year's Eve being synonymous with an anti-climax and decided to shang-hai a group of like-minded individuals into spending it shut away in a holiday cottage in the Shropshire countryside playing silly games, going for walks, enjoying good food and better company. Unfortunately a few people had to pull out at the last minute meaning there was some additional space and one of her best mates invited a  few of her college friends to join the NYE celebrations. The evening began with a murder mystery - he was a gestapo officer, she a danish lady of questionable character (replete with compulsory ridiculous accents) it was a match made in heaven. As the evening progressed they attempted to lead others astray and in doing so had a great time. After MrFord left FutureMrsFord admitted that she quite liked him but she didn't think he was interested - her friends disagreed. In the car on their way back to Hereford MrFord & his friends were having a similar discussion. Thankfully their friends are less dense than they are!