A Zoosk match made in cyber heaven - Our Ivory, Grey and Lemon Castle fairytale 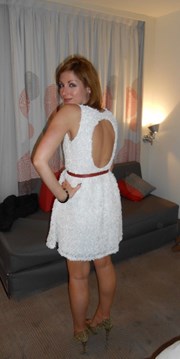 With less than 2 months to our wedding I wanted to start this much earlier but with uni assignments, exams and house hunting, wedding plans, honeymoon and hen party plans and have not had not time to write, although I have been distracted alot with other peoples threads and following them for sneaky peaks and ideas. So I guess its now only fair to get my ideas out there and also get some of my own thoughts out of my already very cramped brain.

I have still got one more uni assignment which I need to work one so once this is handed in in April then ill be able to fill you all in with our story and more details behind my ideas. But until then I will stick to uploading photos and short comments (lets be honest this is what we scroll on these forums for),,,

Here's hoping I dont end up talking to myself and I can help or influence atleast on fellow bride to be out there,,