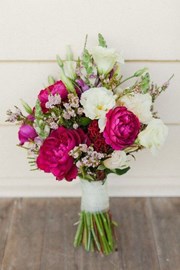 Ok, i've been lurking on here for a little while and it's now 10 weeks until the wedding so I thought it would help to write everything down in one place! So here goes, this is the story of us..

As much as I would have loved a really romantic chance meeting I actually met K on an online dating site and I messaged him first (which is atually really unlike me but I thought what the heck I have nothing to lose). It's the kind of site where you answer loads of questions and then the match you with a perentage and I think we had an 87% match or something like that. We talked for a couple of days on the site and then moved on to whatsapp and arranged to meet pretty quickly. I think we were both on the same page in terms of wanting to figure out if there was any potential so we didnt waste too much time talking before we met. Anyway after one failed attempt to meet (he had an interview which ran really late so I would have had to hang around for over an hour so I went home) we rearranged and decided to meet at King's Cross Station one Friday after work. I still remember seeing him and thinking thank god he looks like his photos and omg hes so handsome.

For the first date we went to a tapas bar and ordered a pitcher of sangria. Straight away I liked him, he had posh accent but was really cheeky as well and we discovered he grew up in the town where I went to Uni and we worked in similar industries so we had quite a lot to talk about. There was a group of ladies in their 40s at the table next to us and I found out later that when I went to the loo, the ladies were chatting to him and said they were trying to suss out everyone in the restaurant and they said obviously we must have been or our 4th or 5th date (not our first!). The date was going so well we decided to have dinner and then on to another bar for drinks before parting ways in time to get the last tube home.

And we've been pretty inseperable since! That was two and a half years ago and since then I moved into his house for a while, then he sold and we bought a house together in May last year. It's been quite quick but when you know, you know!