July 2018 in Your planning threads

After reading several of these planning threads, and getting quite addicted, I decided it was time to write my own.

It's been nice reading other ideas, love stories and potential issues, so here goes;

H2B and I met during the summer between second year and third year of my university degree, whilst I was back home working in a local bar. He lived across the road and was a general labourer, therefore frequented in pub most evenings after work and the weekends. He constantly tried flirting with me for around three weeks, asking for my number etc. to which I shyly declined and then one Friday evening I decided why not.

I expected him to message me straight away and thought all he wanted was a bit of 'fun!!' but he didn't message me until the following day. We exchanged a few messages and decided we would go on a date on the Sunday. I asked what time he was picking me up to which he replied; 'you'll have to pick me up as I don't drive!' Maybe being old fashioned, but this instantly put me off. However, I picked him up and went ended up driving for miles and miles just chatting and laughing and ended the date with chippy chips in his room. Not the best first date, but I enjoyed it all the same.

We had another date the following Tuesday where we went to the local Italian, a tradition that we have kept for every year of our seven years together. We both have the same to eat Hawaiian pizza for him and Spaghetti Carbonara for me. We sometimes say this was our first date.

We continued to see each other most days for the rest of the summer where we quickly fell in love. In September, I returned to Manchester to complete my final year at university and to be honest, I thought it would fizzle out. However, we continued to speak every day and we made every effort to see each other when we could, even though this year was really important. He supported my studies and helped me through a difficult year, to which I will always be grateful.

Our relationship for the past seven years, hasn't exactly been plain sailing, with many bumps along the way. However, we always seem to come back stronger than before. However, I never thought married was ever going to be on the cards for us. H2B has had a fairly troubled upbringing and didn't really like the idea of marriage. However, my parents have been happily married for 32 years and I always dreamed of a big white Christmas wedding. Approaching the big 30 next year, I was beginning to think it was never going to happen.

Out of the blue, HSB who doesn't really do anything for himself, told me he had been looking at luxury holidays and suggested we go in September just after my 29th Birthday. The places he was looking at just beautiful and pure luxury. He booked 10 days in Jamaica via Sandals with honeymoon suite and butler service. Bells started ringing is he going to propose...? Operation diet began.

The out of the blue again, we were off to a ball and he had brought me shoes and perfume etc. to wear. I had my hair cut and my make up done. Once I had finished getting ready, he told me he had something to show me, wrapped a tie round my head and took me out into the garden. I'll let the photos explain the rest.... 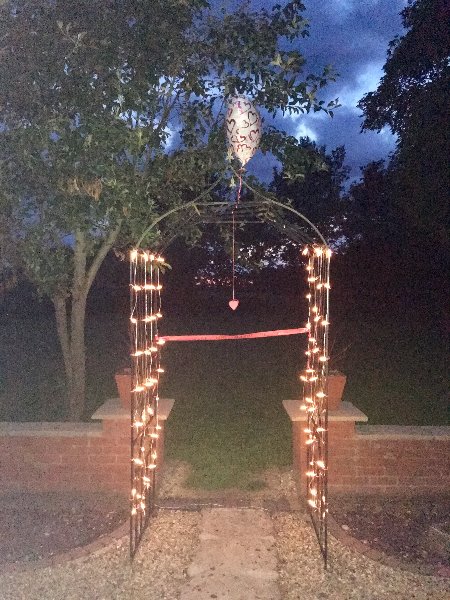 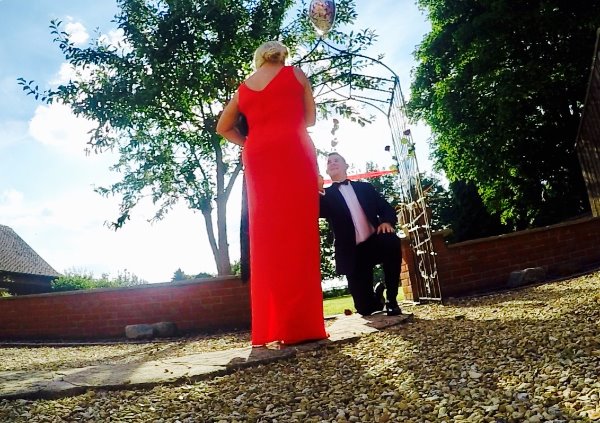 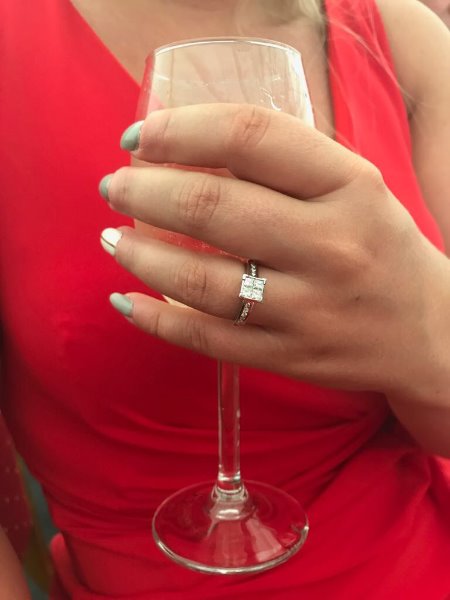