A beautiful barn wedding in a post COVID world 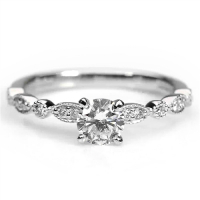 6 July in Your planning threads
Hi all,

I have been on the forums for a while, posted a couple of times and commented on some of you other lovely ladies posts. I have been umming and ahhing for a while about starting a planning thread but now that I think I have an idea of what might be happening I’ve decided to take the plunge!

A lot of things have already been organised but I will try and spread things out and not post it all at once. I’m sure there are things that I will need to mull over and make decisions about and it will be lovely to have a record to look back on.